Two simple things to get a creative project started 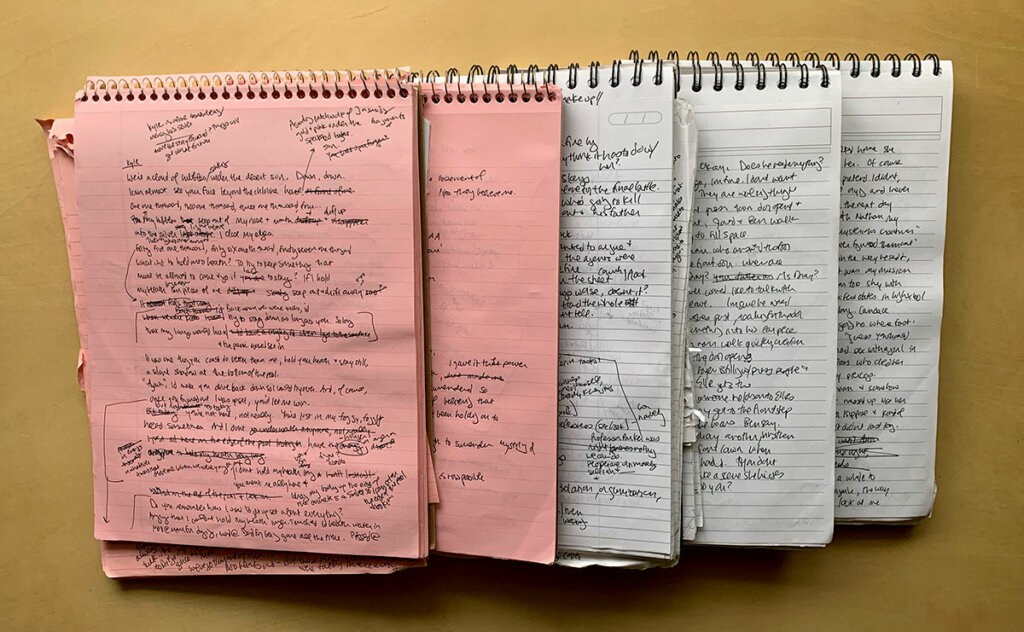 Now that I’m at end of one creative endeavor, I’m looking ahead to another possible beginning. Beginnings can be scary and daunting and confusing. Resistance, fear of failure, procrastination, and self-doubt abound!

At the beginning of my last big, personal creative endeavor (writing a novel), I didn’t know how to have the creative habit of writing integrated into my life. It didn’t feel like such a thing was possible. Oh, and another thing—I had no clue how to write a novel! Looking back, there were two things that helped me build my creative habit, and it turns out that both of these things are very, very simple. Maybe you’re at your own creative beginning? If so, maybe one of these will help you?

I spend so much of my working life in front of a computer, that when I wanted to slow down and reset my brain so that I could tap into new ways of thinking, I had to step away from my keyboard. A low-tech notepad and pen became important tools in jumpstarting my creative habit. Studies show that writing by hand triggers neural activity in parts of the brain similar to meditation. Writing by hand allows your brain to wander so that your imagination can take over. When I started writing, I found I needed to write stream-of-consciousness by hand in order to let any sort of story to emerge. Once I had a mess of words scribbled on a mess of notebooks (evidenced in the photo above), I could type them up, organize them, figure out an outline, rewrite, edit, and make something that would maybe, one day, actually be readable. But I had to have the mess first. Other creative endeavors can benefit from a similar type of free-form creative playtime. Getting messy rhymes, shapes, colors, musical notes, etc. out of your head gives you something to move around and refine. As Alan Watts writes about the initial stages of writing, “We aren’t writing at this stage, we are scribbling, allowing ourselves to dream on the page.”

Speaking of Alan Watts, his 90 Day Novel was my trusty how-to guide when I was starting to write. In the book, Watts guides you with a friendly, low-pressure letter each day through a fast and messy first draft. He starts with a playful, free-form, idea-generating early stage, then leads you into a more linear, story-structured step. I found his approach fit into my life well, with only an hour or two of writing each day for three months. His encouragement to ‘hold things loosely’ helped me cut through my blocks, resistance, and fear. I did indeed end up with a very messy first draft that took years to rewrite, but I wouldn’t have gotten there at all without this guide.  For other creative endeavors, how-to guides can be important tools for getting started. And there’s a guidebook for every creative endeavor! Getting Started with Gouache, How to Write a Song, Making Comics, the Inventor’s Complete Handbook, The Haiku Handbook, and on, and on.